Our Passion And Dedication Shows When Our Clients Speak

“The best treatment for the symptoms of altitude illness or trouble sleeping is an oxygen rich environment. Oxygen has no side effects. There is no downside to using oxygen. A lot more people should be using it. It doesn’t have to be 24 hours a day; just sleeping in an oxygen enriched environment can help combat problems with sleeping, and help to adjust to the altitude in a much more gradual and symptom-free way. I support this technology because it works. It is effective; it’s safe. It’s done in a way that assures safety by controlling an environment very carefully so that carbon dioxide can’t build up, and oxygen doesn’t get too high to cause fire danger. I recommend it as a way to counteract the effects of altitude that is very safe and effective.”
Peter Hackett MD – Founder of the Institute for Altitude Medicine and researcher at the University of Colorado Altitude Research Center.

“I tossed and turned all night and was too tired to ski. Now I wake rested and with enough energy to hit the slopes.”

“We thought we were going to need to move – I just couldn’t sleep when we were in the mountains. Since we’ve installed our system from ACT, I sleep great!”

“My mother-in-law wasn’t able to visit our mountain home until we put our ACT system in the spare bedroom.”

“In February, my ACT Oxygen system was installed in our mountain property. Our first visitors were our grandchildren, who in the past have had negative reactions to visiting us at altitude. We let them sleep in the oxygenated bedroom during their stay and to our delight neither child had any negative reactions to the altitude. They were able to enjoy their stay with us without altitude fatigue or symptoms. We look forward to next Christmas when our Daughter-in-law, who will not travel to see us because of past altitude induced problems has agreed to make the trip and stay in our mountain home with the ACT System”.

“When we would visit our Aspen vacation home, we would get headaches from the altitude – often for 4-5 days.  A friend referred Altitude Control Technologies. We no longer get altitude sick and we find that we sleep better.”

“Our doctor recommended looking into the ACT system. We have had it now for 14 months and it has made a huge difference in how we feel. We installed a second one for our daughter who was getting headaches when we would come to Vail.”

“We were happy with the entire process working with ACT. From our sales representative to the installation team and now the final product, we have had a great experience and are glad we made the decision to add an ACT System to our home.”

“We love our Park City place, but we just couldn’t sleep well there. After getting an altitude simulation system from ACT we both sleep better and have more energy.”

“Our ACT system is so quiet that our guests don’t even know it’s there.”

“I am able to wake rested and enjoy skiing all day, which I was not able to do before we installed our system.”

“I would recommend this product to anyone who wants to be able to fully enjoy their time in their mountain property.”

“The ACT oxygen system has been a life-saver for me. I didn’t realize how the higher altitude would affect my sleep after moving from Texas. Thanks!”

Chasing Dreams — A Story of Better Sleep in Aspen

It was a familiar story. Rick and Jenny had worked hard to build their dream home in Aspen, and they were worried they would have to leave. Jenny wasn’t sleeping well, and Rick’s aging mother could no longer visit.

“I slept just fine when we were in Atlanta”, Jenny explains, “but we’d come to Aspen, and I would toss and turn. I kept waking up, and I was tired all day.” Jenny’s lack of sleep affected the couple’s enjoyment of their mountain home. “She didn’t have the energy to go skiing,” Rick lamented, “or to hike around our property. She’d get headaches. We couldn’t experience the active life we came to Aspen to live.”

“Her body wasn’t acclimating the way it used to”. Rick and Jenny started spending more and more time away from Aspen, and seriously considered abandoning their mountain dream. And then they met Larry Kutt.

“We met Larry through a friend,” shared Rick. “a friend who is on the mountain rescue team. He’s healthy and active. We had no idea that he had overcome the same insomnia and fatigue that Jenny was experiencing. We never saw the system in their home – it’s quiet and nearly invisible!”

The system Rick mentions was installed by Larry’s innovative business, Altitude Control Technologies. It changes the environment of a room, typically a bedroom, by increasing the oxygen concentration, and simulating a lower altitude. “There are results immediately,” says Larry, “but the real impact comes after a week or so of sleeping at lower simulated altitude”. It’s a life changer.

“Oxygen levels in most ski areas are about 30% lower than at sea level”, explains Dr Peter Hackett, the Executive Director for the Institute for Altitude Medicine in Telluride. “While sleeping, the lack of oxygen triggers an unstable breathing pattern. These patterns – deep breaths followed by five to fifteen second pauses – occur even in healthy people at altitudes above 6,000 feet”. Headaches are also a common symptom, as the blood vessels of the brain dilate to bring more oxygen, causing pain.

There are medications that treat altitude related symptoms, however Dr Hackett believes more people should instead be using oxygen. “Medication works but it has side effects,” says Dr Hackett. “Providing oxygen during sleep is a gradual and symptom free way to treat altitude sickness.”

It was all Rick and Jenny needed to hear. After researching the safety and efficacy of the of the systems from Altitude Control Technologies, they installed two – one in their own bedroom, and one in the guest room for Rick’s mother. “I like to consider myself a smart and educated shopper”, Rick says. “The system from Altitude Control Technology was without a doubt one of the best finds I ever made.” Rick continues “I was blown away, and I had to share with my friends who suffer from similar systems.”

“I sleep better, have greater clarity of mind, and experience faster recovery after hiking and skiing by sleeping in our oxygenated bedroom”, exclaims Jenny, “I can enjoy our home, and so can Rick’s mom. We didn’t have to move. We are living our dream. I can’t thank Altitude Control Technology enough”.

David M and his wife from Massachusetts fell in love with a beautiful building site and its spectacular mountain vistas outside Vail Colorado. After a major investment and years of planning and construction they discovered that they became altitude sick when they visited their new vacation home. Headaches, fatigue, insomnia and nausea plagued them and their guests for a week or more on each visit.

After consulting with the owners, ACT installed an altitude control system that increased oxygen and effectively lowered the altitude of their mountain home. Like many ACT clients who own mountain homes they were concerned about four things: 1) fire safety in an oxygenated environment 2) air quality in their home, 3) the aesthetics of the interior of their home, and 4) maintaining the quiet in their living space that was so important to their experience in the mountains. To address their first concern ACT provided a system that included a control system to meet National Fire Protection Association (NFPA) standards for oxygen enriched rooms. The fire safe oxygen levels according to this standard vary as barometric pressure increases or decreases. ACT’s system incorporates a pressure transducer and mated software to calculate the changing permitted oxygen concentration as barometric pressure changes. Air quality was addressed by CO2 sensors and an intelligent fresh air ventilation system– the best way to access indoor air quality. Except for a thimble sized sensor hidden in the rafters of the bedroom, the entire system was out of sight and had no impact on the décor or appearance of the room. Air separation equipment was housed out of sight in a mechanical space with sound attenuation. The entire system was inaudible in the living space. The reduced effective altitude in the bedroom allowed for a much gentler acclimatization to altitude and completely eliminated altitude sickness. 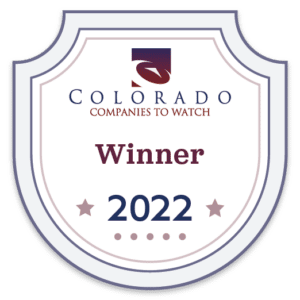