The World’s Most Advanced Altitude-Simulation Technology

ACT engineers invented the very first oxygen-controlled altitude simulation system in 1995. Since then, we’ve been pushing the boundaries of innovation. We bring you more natural sleep, less hypoxic stress, and better energy throughout the day. All without interrupting your lifestyle, or impacting the beauty of your home.

ACT started in the mid 1990s. Universities asked ACT for altitude simulation for advancing the knowledge of altitude physiology. ACT has always stayed close to the scientific community. We attend medical conferences, and developing technology with the guidance of experts.

A Passion for Innovation

We’re reimagining ways to help you feel better at altitude. Since the beginning, this passion for innovation has been at the heart of everything we do. It’s made ACT the industry leader in mountain home oxygenation. 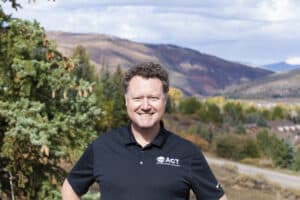 Bill was born and raised in Colorado. He has a Bachelor’s in Finance and Information Systems and has over two decades of professional, technical and software development experience. He has been passionate about the outdoors since childhood and today enjoys hiking and skiing throughout the Rockies with his family. He also enjoys fly fishing and is pretty sure his catches will never compare to Kyle’s. 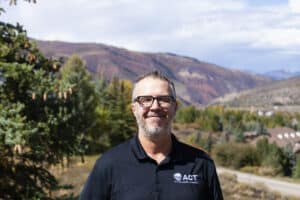 Kyle was born in Northern Idaho and has spent the last 12 years living in Denver, Colorado. He is an avid fly fisherman and enjoys spending time in the mountains with his wife and son. Kyle holds a BA in Economics from SDSU and a MBA from CU Denver. Kyle has spent the last 20 years helping build and scale technology companies and is passionate about the customer and employee experience. 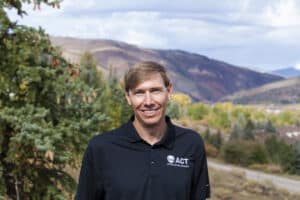 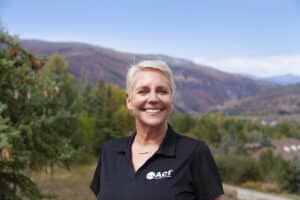 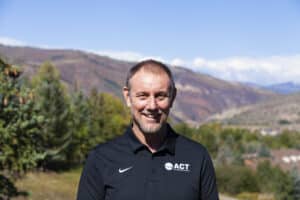 KOYE CARLSTROM – DIRECTOR OF OPERATIONS AND MANAGER OF RESEARCH AND DEVELOPMENT

Koye has been a leader at ACT for about three years.  He originally learned about altitude while exploring the Nepali Himalayans in 2010 for several months. His time in high country on several continents, has shown him that the effects of altitude on some people are very real.  His desire to help people to overcome these afflictions lead him to ACT where his unique background, personality traits and strong work ethic became a successful combination.

Koye is a 4th generation Coloradoan. His family homesteaded in the Jackson County of the Colorado Rockies from Sweden in the late 1800’s. His family has lived in the area ever since. He attended Colorado State University earning a Bachelor of Science degree with a focus on Construction Science and Business Management. He managed large and small scale construction projects throughout Colorado and Wyoming with an emphasis on research- including work for the University of Wyoming, Colorado State University, The City of Cheyenne, The University of Colorado, Jefferson County, Haliburton, for more than a decade.

Koye enjoys spending time with his friends, family, and his wife Terese.  He is adventurous in his hobbies that include alpine skiing, backpacking, camping, biking, floating, almost any activity that includes nature, and traveling aboard.  He has circumnavigated the globe on several world tours and has met friends from countries far and wide.

Koye plans to continue to help ACT customers to feel better for the long-term foreseeable future.  He enjoys knowing that what he does helps others and enjoys staying engaged in an emerging technological field.

Prior to joining ACT, Alex was working with a Military Defense Contractor for BAE Systems where he sharpened is mechanical skills,

Originally from Virginia, Alex enjoys this exciting opportunity to explore Colorado while working for a tech company that provides exciting and new advancements as a leader in the industry.  Alex is an avid motorcyclist who is a member of the MRA racing organization. He enjoys camping, rafting, and getting outside exploring Colorado’s blue skies.

As a member of ACT, he has proven efficient at developing new ways to streamline workflow and he enjoys meeting and working with customers with their altitude systems. 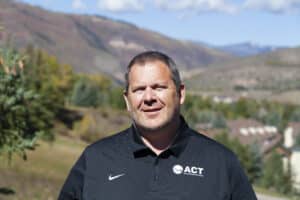 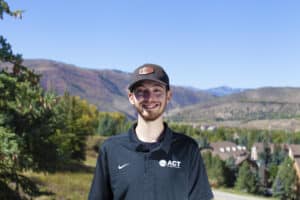 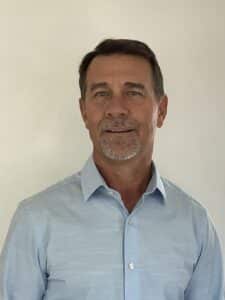 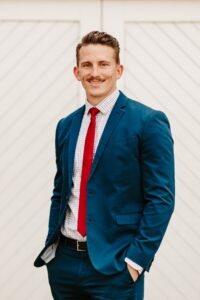 Gary has been with Altitude Control Technologies for about three years and was previously in sales in the insurance/financial services industry for over 35 years.

He became interested in altitude simulation when his oldest daughter got married. She got married at a venue that is at 9,500 feet in altitude. The groom’s family were all from Dublin Ireland, which is at Sea Level. After several of his friends and relatives became ill from the altitude Gary started researching the effects of altitude and what might be done to help lessen those effects.  Gary found Altitude Control Technologies and was so impressed by their room oxygenation system that he contacted ACT and asked about a sales position. He enjoys meeting new clients and helping people with altitude issues.

Gary built his own log home in the mountains which helps him to visualize the possibilities of installing the ACT system in homes.

Gary is an avid skier in the winter with an affinity for the bumps. He enjoys fly fishing and playing golf in the warmer months. Fun fact – Gary played professional golf for two years before deciding to pursue other activities. Now he is just an older decent golfer that plays for fun.

Most of all, Gary enjoys family time with his wife, children, and grandchildren. 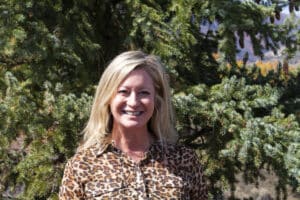 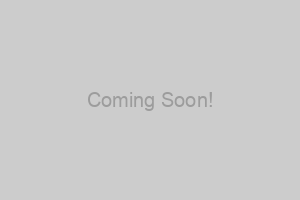 Vivian recently joined ACT in early 2021.  Vivian is a seasoned Sales Executive with over 12 years of experience in the Publishing industry and over 15 years of experience in the healthcare and pharmaceutical industry.  Over the past 4 years, Vivian was a Sales Director for the largest network of a regional Interior and Design publication across the country and has established herself in the architectural and design industry.

Vivian was raised in the Midwest and came to Colorado when she started her college education at Regis University.  Vivian graduated with a BS in Health Information Management and a minor in Business.  Vivian is also fluent in Spanish.

Vivian is an avid sailor, skier and tennis player.  She also enjoys many other outdoor activities such as hiking, golf, cross country skiing, snowshoeing and bike riding.  In addition to her career, Vivian volunteers for various non-profit organizations.  Vivian enjoys family time, outdoor activities and traveling with her husband and two daughters.​ 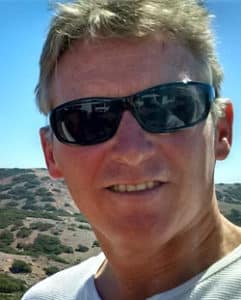 Shaun was born in the United Kingdom. He attended the University of Nottingham, where he graduated with a BSc in Mechanical Engineering. In 1997 Shaun developed the world’s first Altitude Tent, initially for personal use as he was a professional athlete. Soon he was asked to start building them for his teammates and other athletes. With that, Wallace Altitude Tent Systems was created. In 2004 Shaun started working with Larry Kutt. Together they created ACT which has continued to be the leader in Altitude Simulation.  Shaun has more technical knowledge and more experience in creating custom altitude systems, than anyone else in the world. He is most proud of the system used to encase the original Star-Spangled Banner, and was was instrumental in creating the 30,000 feet aviation simulators for the US Navy.

Shaun is an avid cyclist and from 1984-1998 Shaun was a full-time professional racing cyclist. He still rides frequently, but these days also spends time surfing and paragliding. Shaun is now happily retired (mostly) in Southern California.

Shaun was born in the United Kingdom. He attended the University of Nottingham, where he graduated with a BSc in Mechanical Engineering. In 1997 Shaun developed the world’s first Altitude Tent, initially for personal use as he was a professional athlete. Soon he was asked to start building them for his teammates and other athletes. With that, Wallace Altitude Tent Systems was created. In 2004 Shaun started working with Larry Kutt. Together they created Altitude Control Technologies which has continued to be the leader in Altitude Simulation.  Shaun has more technical knowledge and more experience in creating custom altitude systems, than anyone else in the world.

Shaun is most proud of the system used to encase the original Star-Spangled Banner, the flag that inspired Francis Scott Key to write what would become the National Anthem. Shaun was instrumental in creating the 30,000 feet aviation simulators for the US Navy.

Shaun is an avid cyclist. From 1984-1998 Shaun was a full-time professional racing cyclist. He still rides frequently, but these days also spends time surfing and paragliding. Shaun is now happily retired (mostly) in Southern California.

Virginia joined the Altitude Control Technologies team in 2019. She has a degree in Hotel, Restaurant, Tourism Management from the University of Denver. A long career in hospitality and nonprofit events/fundraising lead Virginia to her customer service role at ACT. Her favorite part of working with ACT is speaking with clients and hearing the stories of how these systems have changed their way of life in the mountains.

Virginia is a 4th generation Coloradan (her children are 5th). She enjoys spending time with her husband and three small children. As a family, they enjoy traveling the world and trips to their home away from home on the west coast of Florida, where they breathe all the sea-level air they can before returning to a mile high.